The most recent development (Nintendo bows to the outrage)

A CNN interview of the guy behind the movement

It is because there are kids playing this game, the company doesn't want to teach kids how to engage in a same-sex relationship. They might emulate the players / Mii's actions later on. Plus, the change is not so big deal. If they would allow it, perhaps they should restricted to some ages like teens.

freekboy31 wrote: the company doesn't want to teach kids how to engage in a same-sex relationship. They might emulate the players / Mii's actions later on.

they surely thought about it during development but avoided it due to inevitable cries of christian mothers everywhere.

so the next game is going to be 'more inclusive'. good deal.
Top

DvChayz wrote:thats like saying fps games cause kids to shoot up schools later in there life

tta wrote:they surely thought about it during development but avoided it due to inevitable cries of christian mothers everywhere.

so the next game is going to be 'more inclusive'. good deal.

DvChayz wrote:thats like saying fps games cause kids to shoot up schools later in there life

what do you think would be a harder decision for you; becoming gay or shooting up a school?
Top

why are you asking me im already half gay
Top

im just saying. I think that i'd face more internal conflict if i decided i was going to shoot up a school than become gay

enacting a massacre is reckless and harmful. going fruity? not really.
Top

do go on, this is interesting
Top

If the content being censored were violent, misleading or inappropriate I can fully understand an altering patch or an altered version between countries to culturally meet expectations of a kids game.

Even as someone who is fully supportive of equality in our relations, there is one thing that put Nintendo in a hard position. The fact that homosexual relationships are still being viewed as a political statement, even stronger than other political statements. As such, Nintendo would be criticised if they included homosexual relations and criticised if they didn't - it's a really tough spot for a company. It is always in a companies best interest to avoid offending as many people as possible, this isn't to say I agree with their position - but I understand it. 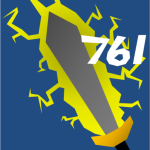 The real reason the game does not include same-sex marriages is because it is not recognized by the government in Japan (only symbolic same-sex marriages, and same-sex marriages of Japanese citizens out of the country have occurred). When a patch that eliminated the ability for it to happen in the Japanese copy went live, it was solely to fix a memory leak. Not sure how the two are related, but I'll give them the benefit of the doubt.

NoA can only do so much post-production when localising a game, and it's clear that it's too hard-coded into the game to rectify, even with a software update in the future. They never had any intent making a political statement because they never even considered same-sex marriages I bet (again, Japanese developers and the tabooness of same-sex marriage there). It's also clear that NoA will be making sure this doesn't happen again in a future installment, not because of peer pressure, but because they know how important it is to their audience. Since the game wasn't originally made for us, they didn't have that kind of input in the title early on.

TL;DR: Not Nintendo of America's fault, people overreacting, blame Japanese culture for this but look forward to the next installment confirmed to have same-sex marriage if produced.

something in my gut tells me that homosexuality is less taboo in japan than it is here.

Swords761 wrote:When a patch that eliminated the ability for it to happen in the Japanese copy went live, it was solely to fix a memory leak. Not sure how the two are related, but I'll give them the benefit of the doubt.

Here's what happened: There exists for the Nintendo DS a Japan-only prequel to Tomadochi Life, and Nintendo released a 3DS app in Japan that would let you transfer save data from the DS game into the new 3DS version.

This led to not just same-sex couples, but also curropted save data and a whole host of other nasty bugs.

It's a really tricky situation for Nintendo to be in. Gayness is still very frowned upon by many people, and including it in a game largely aimed a children could create real issues. It's wrong, but it's true, and expecting Nintendo to actively work to change that is somewhat dumb, IMO. There's a reason we don't see gay characters in Disney movies.

It also would be a bit of a gameplay quagmire, since the main reason for pairing Miis off is to see what sorts of children the couples produce. Wouldn't work so well with same-sex couples; you'd have to implement an adoption system or something.
Top

Oh, that clears up the details about how the bug and same-sex relationships are connected- but my points still stand otherwise.

I kinda understand the confliction. Nintendo suddenly had a debate that they never explicitly wished to enter thrust upon them. The societies represented in creative works (like games) on their own make a political statement, this is something that is very hard for companies to deal with. Naturally, when pouring a mass amount of money into something, you want it to offend as little of a population as possible. Since heterosexual was considered the normality in many cultures, it was likely never even a thought on the developers minds. If it was on their mind, they likely decided to choose the path of least resistance, which unfortunately, often excludes all other sexualities.

So, while the developers intentions were never to make political statement, this bug drew attention towards a detail which in tern pulled them into a political debate. In fact, we hardly ever see this kind of reaction if no large attention is brought towards the in-game relationships.

GUYS GUYS a new Nintendo Direct was leaked early that addresses the complaints about Tomodachi Life:

Well, that was something..

On a slightly serious note, I am not aware of the average release schedule of the Tomodachi Life series. By saying "the next instalment" is that a retentively near sighted estimation or are they fairly spread our across generations? I mean, something like this controversy wouldn't really make me not wish to purchase the game, even if I originally wanted it. However, for those who are holding out for the next instalment - how long would that likely be for them?