Hello peeps, this is my first time doing a full fledged review of a game, so wish me luck!
Having been a fan of the first Mirrors Edge back when I was a kid in 2008 (a game I’ve also replayed over and over as of recently), as an adult I was happy to hear that a new game was being made.

Mirrors Edge Catalyst took what made the first game so great, and truly improved upon it. Movement feels more fluid, combat is less bothersome, and there's a bunch of activities that make you feel what the first installment lacked. Actually performing the tasks of a runner.

When Mirrors Edge Catalyst revealed that it would have character upgrades, I was a little worried, but that worry was soon lifted as I was quick to find all the basic movements from the first game were very easy to unlock within the first 40 minutes of gameplay (opening tutorial and a short mission or two). The open world aspect is something that I had originally really wanted the first game to have. I dreaded the linear paths of the first game, and felt like I was having to follow predefined markings even after figuring out the most optimal routes. In Mirrors Edge Catalyst I’m able to run as I want, where I want, and make up my own paths as I please. The addition of grappling across far away rooftops and scaling insanely tall platforms fits surpisingly well with the pre-existing game mechanics too.

The combat in Mirrors Edge Catalyst is a very bold change from the original. The combat in the original Mirrors Edge generally infuriated me, and just felt out of place. Hand to hand combat was nearly impossible, and picking up guns made it feel like a whole other game than it was intended. When I could, I would simply run circles around the enemies while waiting for an elevator to arrive.
In Mirrors Edge catalyst the combat is streamlined to fit Faiths fast paced nature. Ziplining and springboarding into enemies and following up with a wall run attack is very satisfying. When you’re fighting enemies with no momentum however, things get a little tougher. Enemies become less forgiving, and you’re less likely to be able to take them all out unless you can coordinate your attacks. It really encourages you to combine parkour skills with your environment to make your attacks more effective. Having a fully body whack an enemy in the face is more effective than simply punching and kicking them in a still position (and makes you feel like a badass).

Mirrors Edge Catalyst also managed to make me feel what I didn’t get to in the original. Actually participating in the tasks of of runner. You can do different sorts of deliveries, and they all have time/conditional constraints forcing you to move as optimally as you can. One missed skill roll, or mistake generally results in failing to complete the delivery as it hurts your time or breaks the item. While this could be infuriating for people less in tune with the game's mechanics, I enjoyed the diehard challenge often spending a good 10 - 20 minutes trying to successfully complete the deliveries. Each time making subtle changes to my route and actions to shave off time. When finally completing the deliveries there's a huge rush of relief and accomplishment. I also get a similar feeling with the user generated time trials in Mirrors Edge Catalyst, except when you complete a time trial, your time is posted and compared against other people who have done the same time trial, and you’re then encouraged to improve your time in order to get as close to the top of the leaderboards as possible (I personally can't resist trying to get to the top of them).

I’ll briefly talk about the story, but, its not the reason I purchased this game (the first game set my barriers quite low for the story). I consider it a massive improvement over the original Mirrors Edge. I found I cared more about the characters I interacted with, and theres also some funny comic relief. I felt like there were many more emotions that were conveyed than the original story wise, and I commend DICE for improving the game in that department. You learn different story bits through both the main story line as well as scavenging around the map and uncovering recordings. With that said, don’t expect an award winning story. Its not a bad story, and its a MASSIVE improvement over the original. However, if you’re only looking at only getting the game for the story, and not the gameplay itself, there's other games you might enjoy more.

To end things off, Mirrors Edge Catalyst is an improvement over every facet of the original. Is it perfect? No. The original wasn’t either. But even after finishing the story of the game there's still tons of stuff to do. As the months and years go by, expect there to be a ton of user generated content to continue playing. If you were a fan of the game mechanics of the first game, but found the amount of stuff to do afterwards a very underwhelming, this game is for you. If you’ve never played a Mirrors Edge game before, this game might be hit or miss. If you don't enjoy this as your first game going into the series, chances are you won't even like the original.

I’d encourage you to use something like EA Access (Xbone) or Origin Access (PC) to try before you buy if you’re unsure about spending your money on this game. I was able to play up to 6 hours into the game's storyline before making the decision to buy the game, and the progress is carried over.
Top

I absolutely love this game. I think it's my favorite ever behind Portal 2.

They fixed all of the problems I had with the original.
Top

I would probably give it a solid 8 or 9/10 as I did the original, although my original scoring was due in large part to the original concept and great (albeit flawed) execution. Catalyst improves everything from graphics to gameplay, manages to carry a enjoyable story, and retains its originality in many ways. Bravo with the review. :3
Top 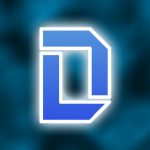 The Life Always was an Enemy, You just gotta try to Fight with it, Never Give Up!
Top
Post Reply
4 posts • Page 1 of 1